Golf History
Through The Years 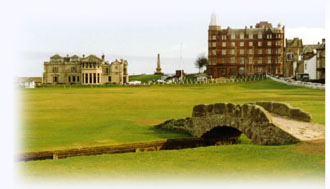 Do you know the true Golf History?

Don’t worry, no one else seems to know either!!

So, where did golf begin and how did it come be the game we now know and play today? Although the game’s origin is commonly credited to Scotland in the Kingdom of Fife during the 15th Century, its true origins continue to be a hot topic for debate.

Although many early European games involve the use of both a stick and a ball, most historians believe the influence for golf in Scotland came from a game called Kolven played in Holland, and a game called Chole played in Belgium. Since Chole was introduced to Scotland in 1421 it is commonly accepted that it is the true influence to have spawned the modern game of golf.

However, evidence unearthed in April 2005 indicates that the Chinese, during the reign of the Southern Tang Dynasty, played a game very similar to “modern-day” golf some 500 years before history makes any mention of “golf” in Scotland.

So, where did “Golf” really begin? While the Scholars and Historians continue to debate Golf’s True Origins, we offer to take you on a journey through the time-line of golf from 1353 up through the modern game we know & love, and watch & play today.

Are You a Passionate Golf Historian?


You can also learn quite a bit more by visiting the History of Golf with Peter Alliss. This website will take you to great depths in delving into the history of this great game.

Make sure to visit the History of the Golf Ball to learn all about how the golf ball evolved from “a rock” knocked around a pasture into the dimpled, high tech sphere we play today. 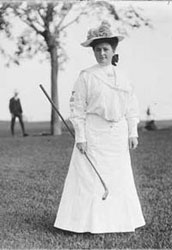 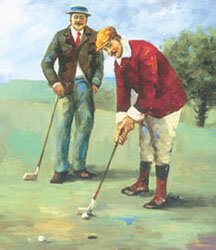 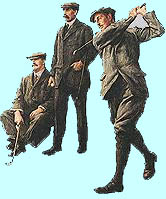 1996 & 1997
Marked the arrival of Tiger Woods on the Golf Scene and ushered in a new era of golf's popularity and rise in prize money.

Here are Tiger's accomplishments over those two years. 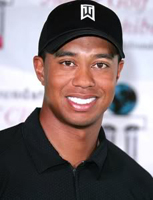 Tiger went on to dominate Professional Golf for the next 12 years, until his public stumble and nagging injuries brought him back to a surging pack of young talented golfers reinstating balance and parity through the ranks of both The PGA Tour and The World Golf Scene.

Return to The Top of This Golf History